Dr. Samah Jabr is a Palestinian psychiatrist, psychotherapist and writer. 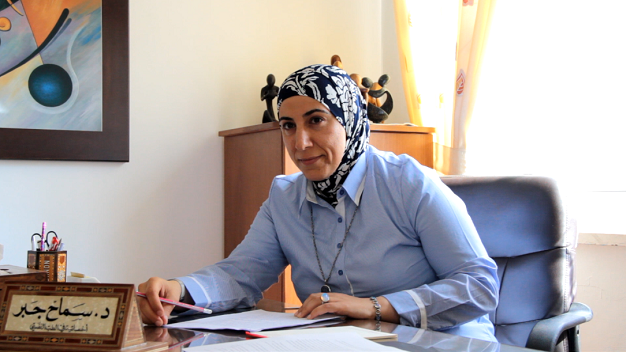 Dr. Samah Jabr is a Palestinian psychiatrist, psychotherapist and writer.
She graduated from Al Quds University (Jerusalem), Pierre-et-Marie- Curie University and Diderot University (Paris), and the Israeli Institute of Psychoanalytic Psychotherapy. She addresses the individual and collective psychological damage of the Israeli occupation.
Born in East-Jerusalem, Dr. Samah Jabr works in various cities of the West Bank. She was Head of the Ramallah Community Mental Health Centre and is now Chair of the Mental Health Unit at the Ministry of Health. As a clinician, she holds a private practice as well, and also works as a medical trainer and advisor for local and international NGOs.
She has been writing since the late 1990s, and has testified to the Palestinian daily experience in numerous articles and lectures. Alongside the documentary, her eponymous book Derrière les fronts : chroniques d’une psychiatre psychothérapeute palestinienne sous occupation [Beyond the Frontlines: Columns from a Palestinian Psychiatrist and Psychotherapist under Occupation] was published by PMN Editions (Paris, 2018).

Q: Dr. Jabr, what motivated you in participating in Alexandra Dols’ movie?
SJ: The invitation of A. Dols to participate in her film came about at a difficult time, I had been a prolific writer between 1998- 2007, then experienced a few years of stagnation in my productivity as a writer as the risks of that habit overweighed its benifits for a certain time. Alexandra contacted me in 2011 explaining her interest in my writing and wanting to interview me, using some of the pieces I wrote earlier as the basis for her film. Her invitation, on one hand, provoked a deep feeling of mourning in me, as I imagined at that time that I would not write anymore.On the other hand, her invitation injected me with hope and enthusiasm; I relapsed to my old addiction, the habit of quieting my noisy mind by organising my thoughts and feelings in a text. I thought that including my sto-ries in a French movie with the potential of international distribution could be meaningful to many others around the world who live with similar oppression, political or social, imposed by unequal power relations. After a year of deliberation and careful calculation of risk, the balance tilted towards a yes. I wrote back to her saying that I would be on board for her project.
Q: Among the patients you see, would your diagnosis be that those who suffer the deeper psy-chological damages are the more passive regarding the occupation or, on the contrary, those who actively resist it? And is there a causal link there?
SJ: According to my observations and impressions of Palestinian people who participate in mature activism and planned acts of resistance to the occupation, that is, not the impulsive accidental actions of adolescents and children. I notice the following : such people are usually self confident, sincere, altruistic, and brave.They possess the intelligence and the sensitivity to feel the pain caused by oppression. Because of their characteristics, they see the occupation as the illness, not their reaction to it.They take a healthy stand against the occupation : they resist. Resistance often brings enormous retaliation against them and their families, so that if they survive their own imprisonment, torture and lengthy exclusion from life, they are still vulnerable to being broken by the feeling of guilt experienced through the retaliation against their families. Some are broken at that point, demonstrating a lesson of intimidation to anyone considering involvement of resistance.

The cowardly, corrupt, selfish traitors survive, and are likely to be beneficiaries of the occupation. This is not a uniquely Palestinian story; this is how colonialism systematically da- mages the best of the colonized, leaving behind the residue humanity. This is why human beings in post-colonial nations are usually left with a damaged sense of-self, value system, and identity.

Q:The way you practice psychiatry gives a political dimension to psychological reparation. Is your objective to further legitimize this form of care?
SJ: As a psychiatrist I understand the deliberate psychological damage happening to Palestinian individuals and community due to our politically determined social reality. And I know that the response to that is not simply to give people a diagnostic code and psychotropic medication for all « problematic » behaviour, but to defend human rights and promote justice. This is an ethical and professional stand that has no political agenda, but it is the right thing to do for the wellbeing of the people.In the eyes of a some psychiatrists, a boy who throws a stone at invading soldiers might have a conduct or oppositional defiant disorder, a man who picks oranges from his confiscated land might be called a psychopath, a Palestinian woman crying and shouting in reaction to the demolishing of her home might be called hysterical, and a young man provoked by soldiers to clash with them is always suicidal, if not a terrorist.It is so easy to find a diagnosis to any politically unapproved behaviour. And the label is usually applied by the powerful. Such a diagnostic approach, failing to take the context into consideration, is short sighted at best. It is cowardly because it attempts to «treat» the individual and not the pathogenic context. Just as I wouldn’t medicate a battered woman so that she would bet-ter tolerate the abuse, I wouldn’t admit a socially or politically «controversial» man to a psychiatric hospital because of his «socially embarrassing» behavior.Just as I have the responsibility to inform the authorities about an adult molesting a child before I would treat the child, I feel I have the responsibility to make known the ill deeds of the occupation as well as to provide a therapeutic accompaniment to those who are on a journey to recover from injustice. This therapeutic stand is absolutely consonant with my professional and ethical responsibility.In my opinion, any mental health professional who uses the excuse of impartiality or neutrality to stay «apolitical» is actually biased and helps promote dependency and obedience to power.Having said that, as a Palestinian woman and outside my clinical role, I use, among other things, my knowledge and experience in mental health as a tool of resistance, to better understand and to explain how the occupation attempts to destroy our collective will and identity and value systems as a society, and to theorize about how we can best survive and live creatively in spite of these attempts.

The Chronicles of Samah ↓ 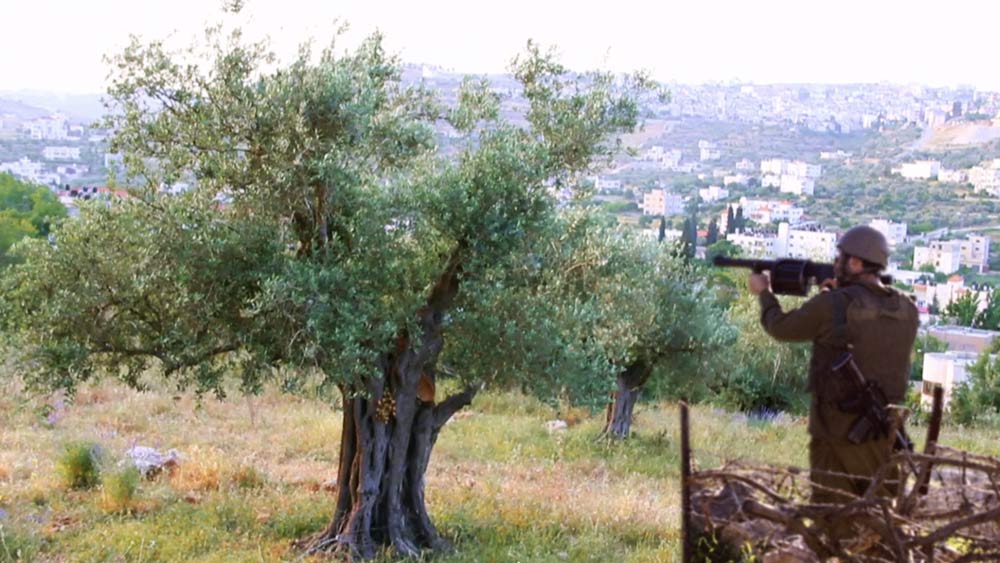 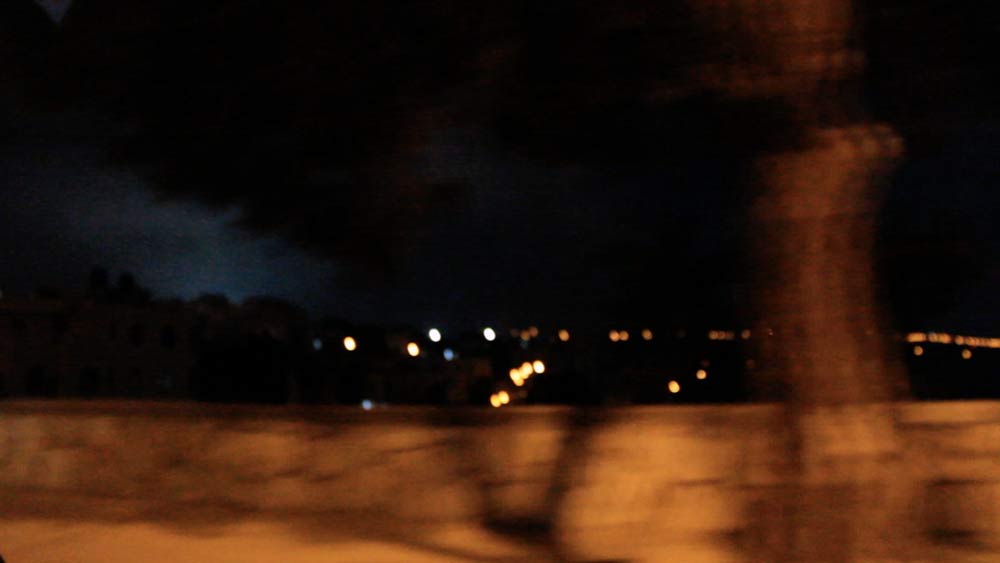 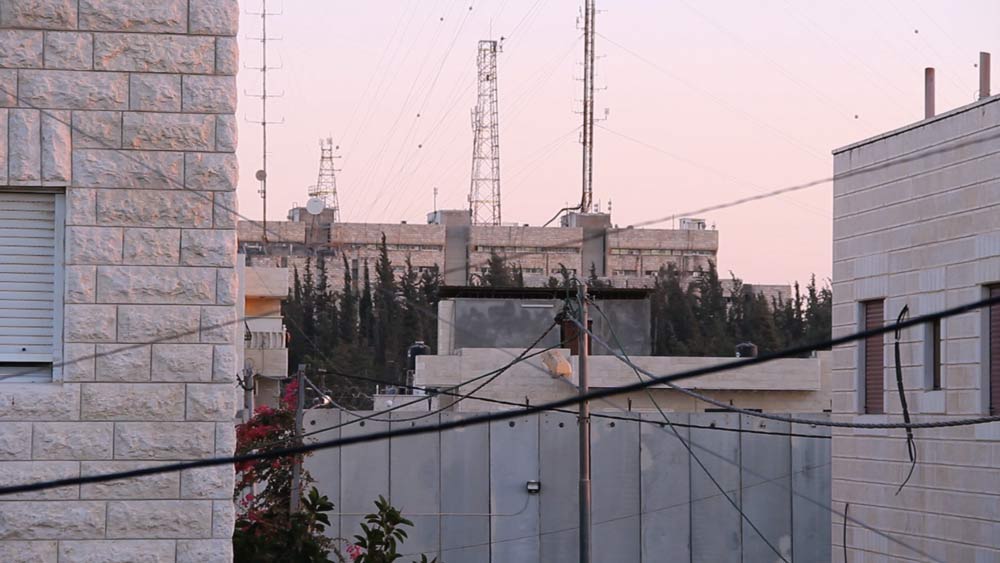 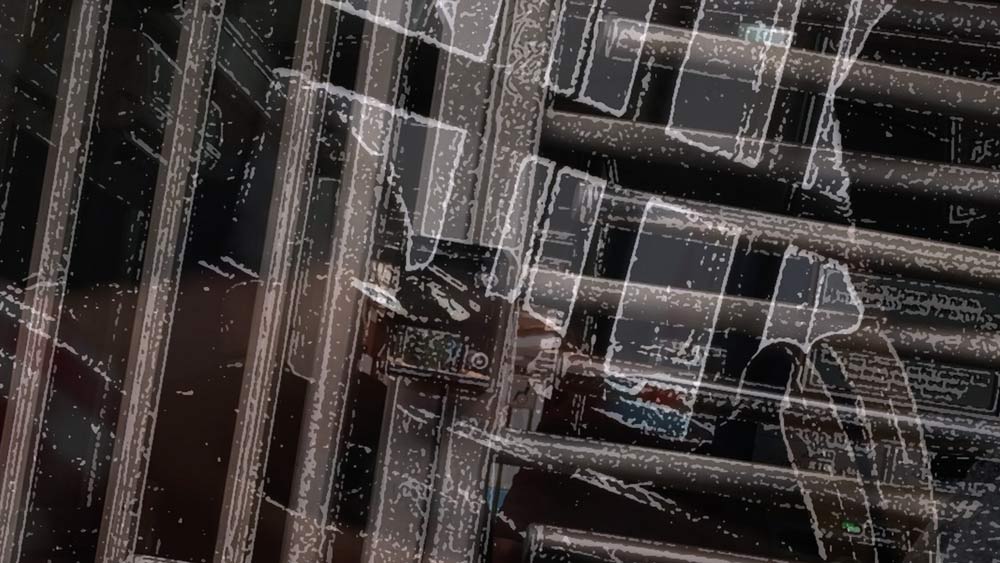 “An internalized oppression, yet another loss for an occupied nation”
March 2014 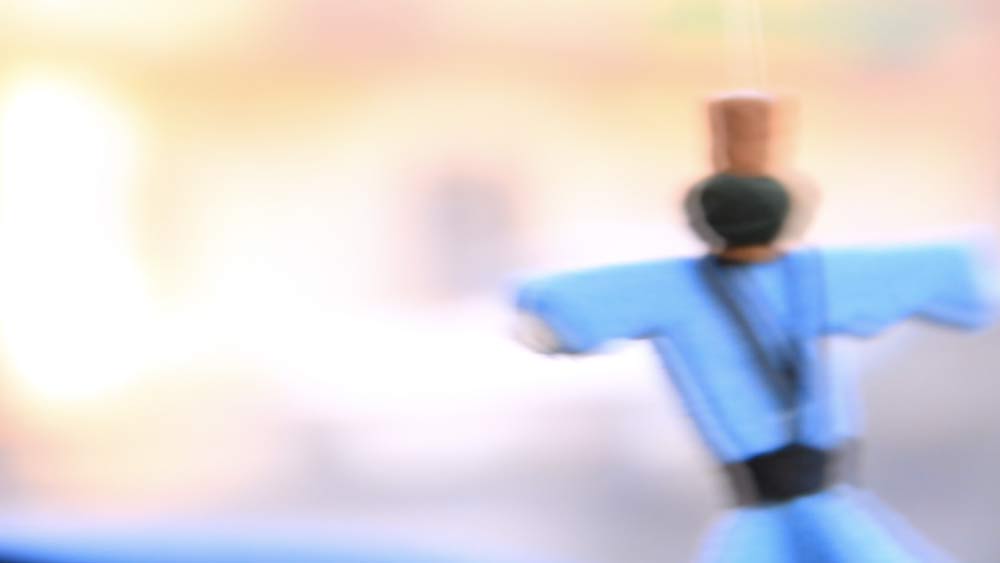 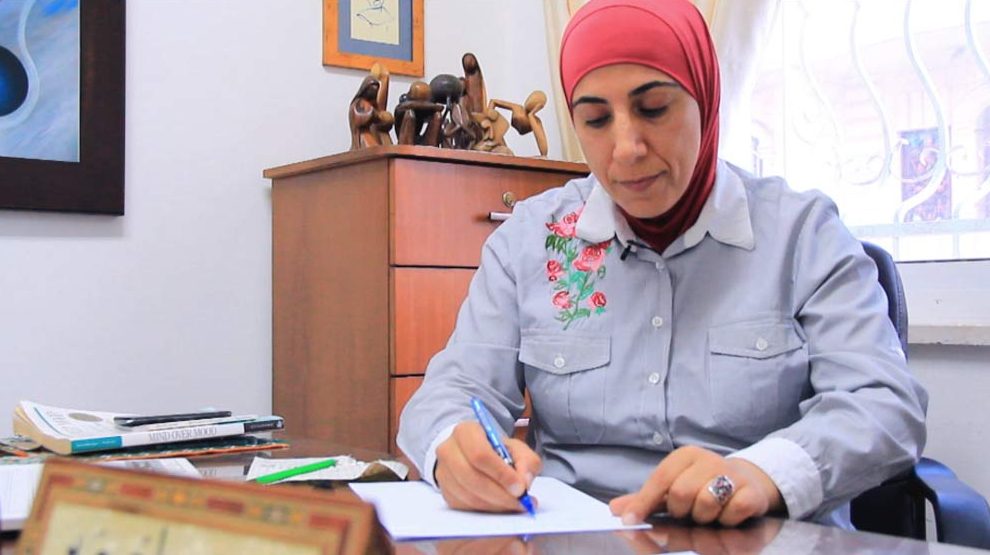 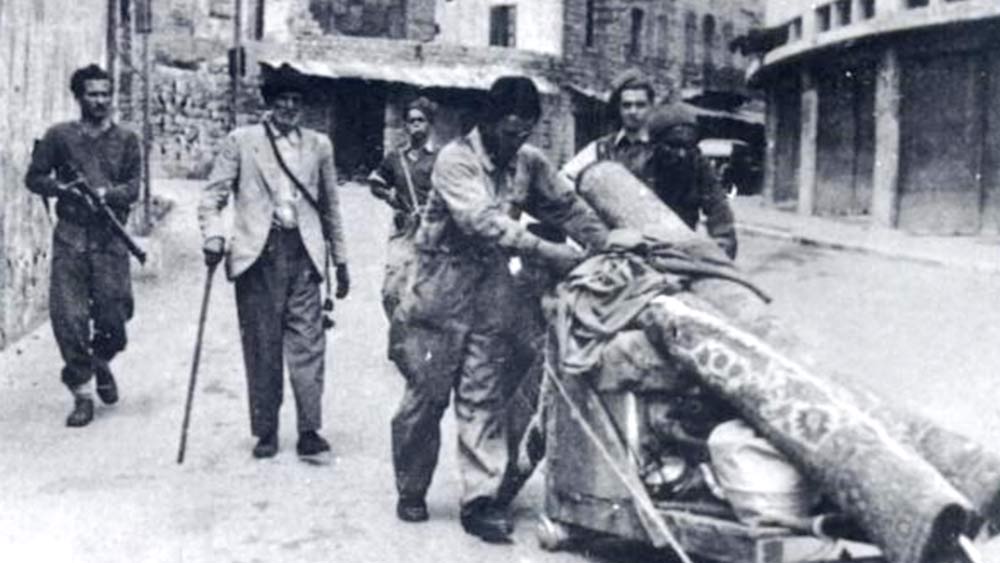 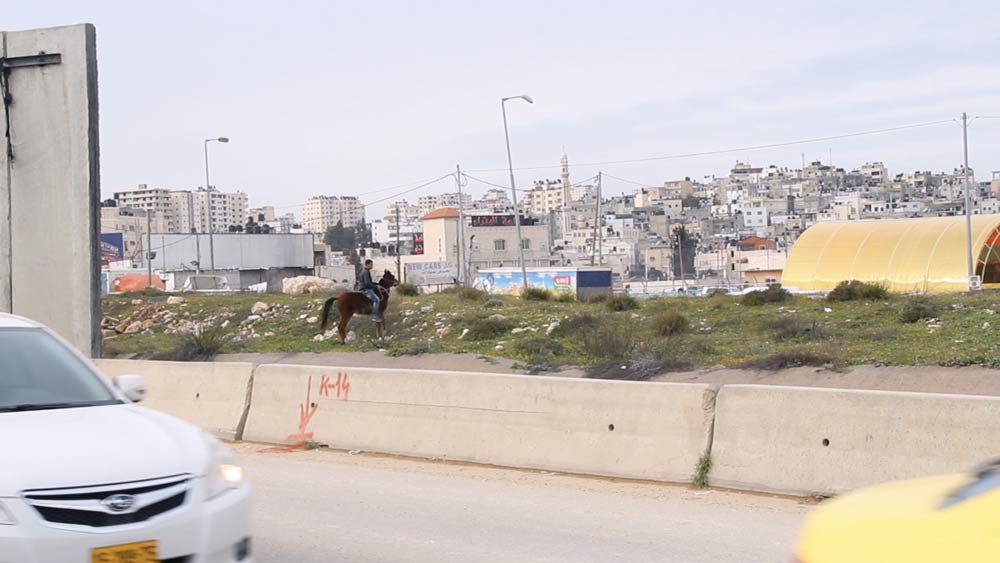 “The Struggle to Develop Identity While Living Under Occupation”
December 2007 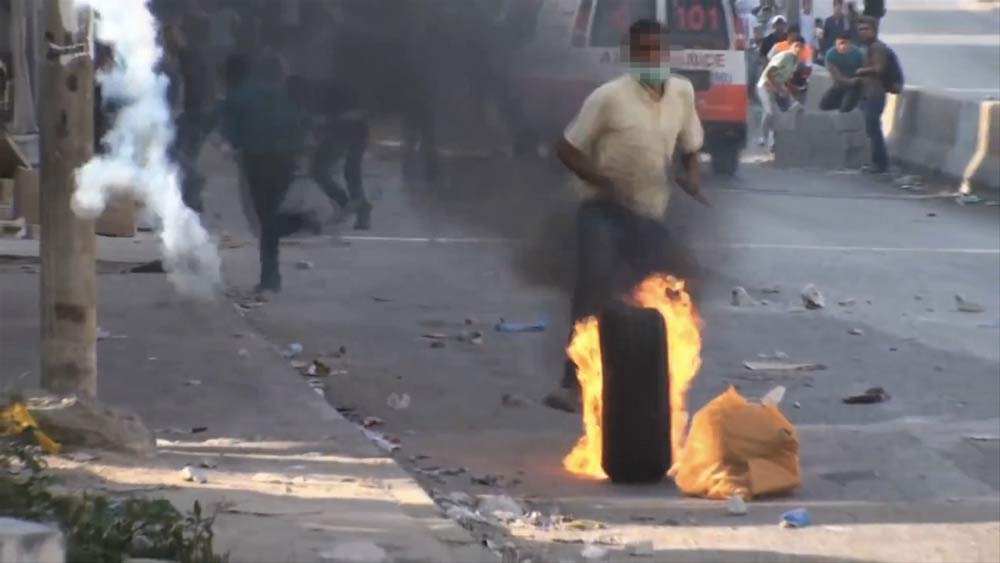